We are not yet open for walk-in business, but we hope to be soon!

We are open for curbside pickup (11:00am-5:00pm Mon-Sat) and delivery. You may place orders online, or by phone, email, or curbside. 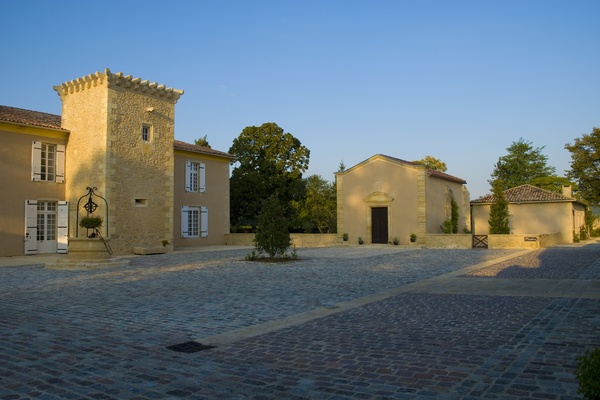 In The World Of Sauternes,

The common perception is that Château d'Yquem stands alone at the top of the pyramid when it comes to quality. While this may be true in general, there is a wine, only made in the best vintages, which challenges that perception:  Château Coutet's Cuvée Madame.

As the story goes, the cuvée was named after Madame Rolland-Guy, who owned the estate until 1977. The vineyard workers would dedicate a day's work to her, without pay, while picking the most concentrated Sémillon grapes from the two oldest parcels of the Premier Cru vineyard. Production for the Cuvée Madame has typically been around 1200 bottles. It is not made in every vintage. In fact the 2009 Cuvée Madame represents only the 15th vintage of this wine first made in 1943. The wine is bottled and aged at the chateau for around a decade and then released. The next installment of Cuvée Madame will be the 2014 vintage, slated to be released in 2026!

The growing season of 2009 was marked by warm and dry conditions, this extended through an Indian summer allowing the fruit to reach an exceptional maturation level. The rains came on 18 September which kickstarted the botrytis which spread over the very ripe berries. It took just 6 passes to complete the harvest, with 70% of the fruit picked on the third pass. Production was slightly more than usual with 1900 bottles produced, 1600 of which are planned for release . All in all, 2009 was a monumental vintage for Coutet, Barsac, and for the entirety of Sauternes!

From The Wine Advocate: "The 2009 Cuvee Madame, composed of 100% Sémillon, is pale lemon-gold in color with a beguiling fragrance of peach blossoms, mandarin peel, jasmine and allspice with core of pineapple, lemon pie, peach preserves and ginger plus a waft of musk perfume. Very big, powerful and seductive with decadent richness and loads of spice and floral layers accenting the ripe stone fruit flavors, it finishes with epic persistence. 100 points"

Though already 10 years old, we recommend aging it another 10-15 years (if that's possible!) for optimal enjoyment.